TIME TO GET ACTIVE

There is plenty to do in Ylläs

Ylläs is a great holiday destination for all seasons.

In 2020, Ylläs has won the award for the best outdoor destination in the Nordic countries.

During the winter, Lapland enchants in the darkness with its brilliant starry sky, northern lights. As the days get longer and longer towards the spring, make sure to wear sunglasses to block the sunshine. Pick Chalet as your accommodation and let nature enchant you.

Below are some tips and recommended services. 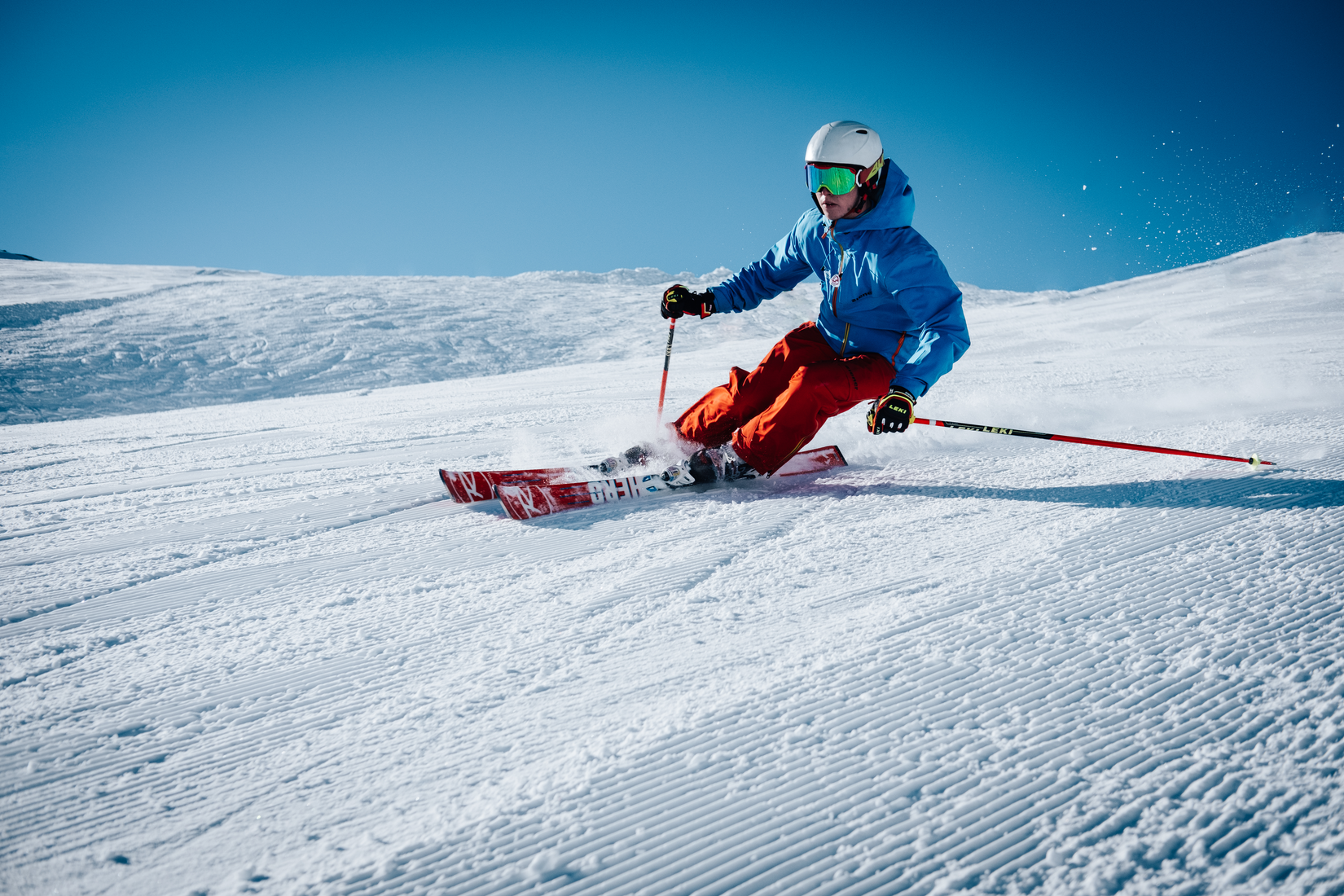 The slogan “Ylläs is Ykkönen” refers above all to the slopes and trails of Ylläs, all of which, according to users, are the nobility of our country. The 63 slopes guarantee a varied and rich offer for children and adults, beginners as well as skiers, snowboarders and telemark enthusiasts. Abundant slopes and trains at Ylläs for your whole holiday!

There is everything you need for downhill skiing on the slopes of Ylläs: 63 slopes (29 illuminated, 32 snow-covered), the largest altitude difference 463 m, the longest slope more than 3000 m, 28 lifts. The gondola reaches the peak in a mere 7 minutes. The peak of the fell can also be reached in summer. The distance from the Chalet to the Ylläsjärvi ski center and the gondola lift is about 2 kilometers. 2 km. 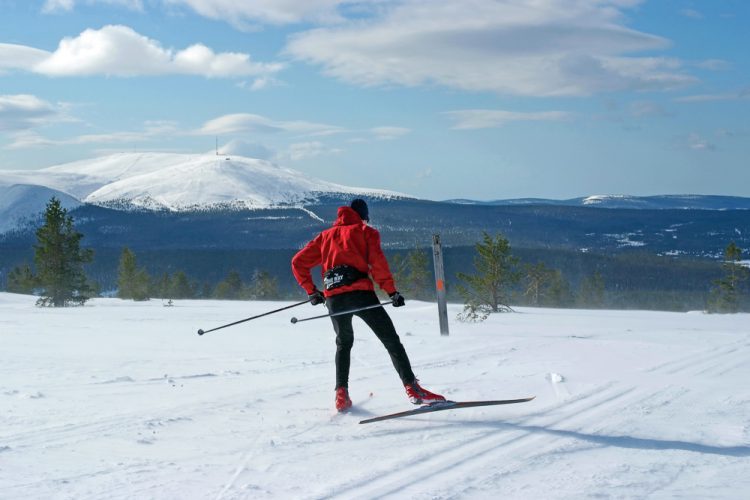 There are 330 km of well-marked and equipped ski trails in the Ylläs area, of which 38 km are illuminated and 13 are downhill cafes. Ylläs was chosen as the ski resort of the year in 2007.

Check out in advance: Trails, Routes and Trail Cafes 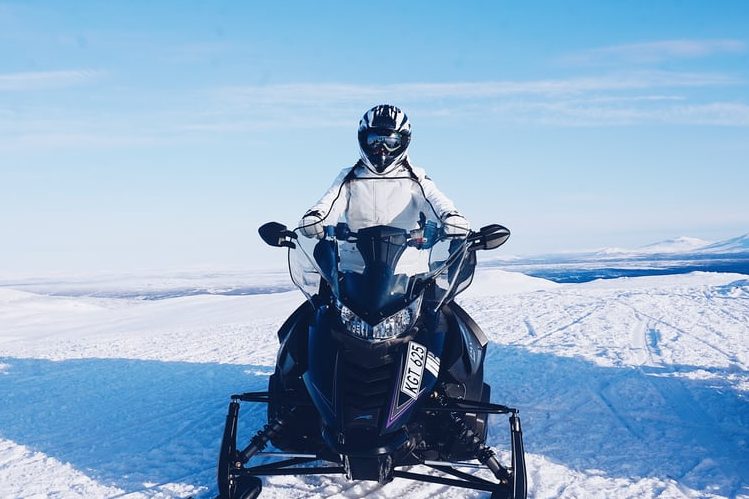 There are a total of 410 km of snowmobile trails in Ylläs. Ylläs program service providers offer a wide range of toboggan safaris near and far. You can also go on an adventure on the Ylläs snowmobile routes independently with a rental sled, from an hour of trying even for a whole week. 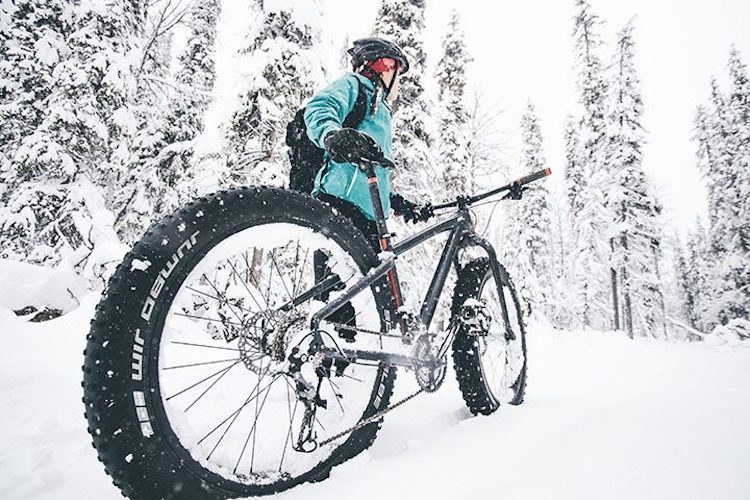 Ylläs has great opportunities for mountain biking in all seasons. The Fatbike bikes, which have become very popular, move even in difficult terrain. The thick bike makes the ride smooth and pleasant, even if the route is uneven and soft.

There are approx. 50km for both beginners and more experienced drivers. In Ylläs you can pedal to the top of the fell, from one side of Yllästunturi to another, in sheltered forests and gorges, in Pallas-Yllästunturi National Park – there are many options. 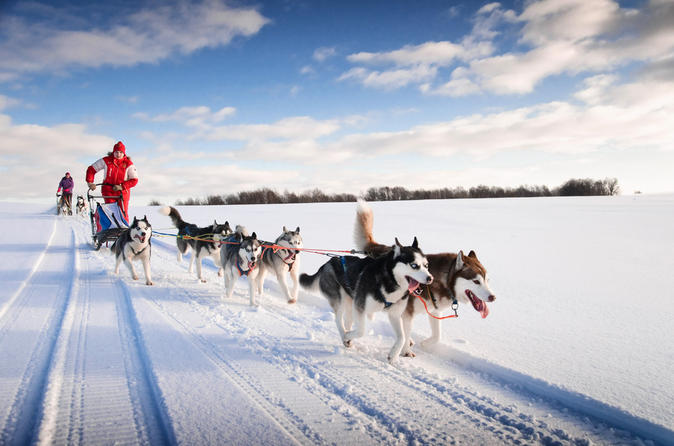 A dog sled is a fun and fast-paced way to move around in nature. Getting to know the husky farm and the dogs is also an experience in itself. There are safaris for many departures, depending on whether you want to enjoy a shorter ride on a sleigh, or try sledding on your own 3-6 dog sled. The length of the safaris also varies. 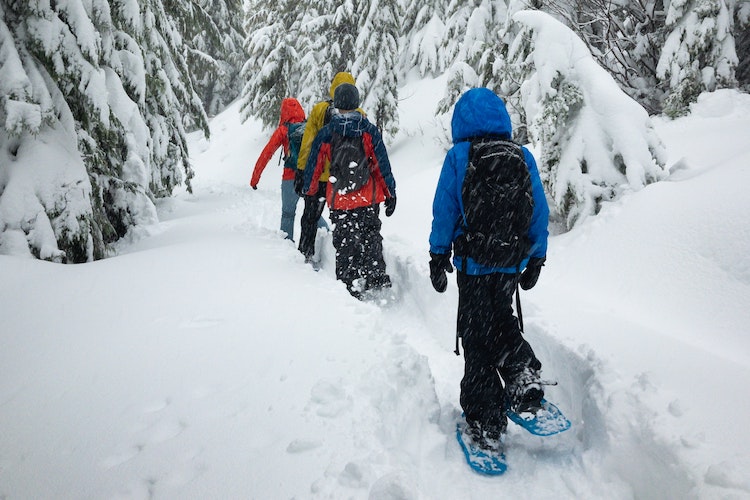 There are about 50 kilometers of marked snowshoe trails in Ylläs. On a guided snowshoe trip, you will hear stories about the nature and villages of Ylläs. It’s easy to try snowshoeing on your own: Ylläs has several equipment rental companies for snowshoes and a wide range of equipment.

The cottage has one pair of snowshoes with which you can try out. 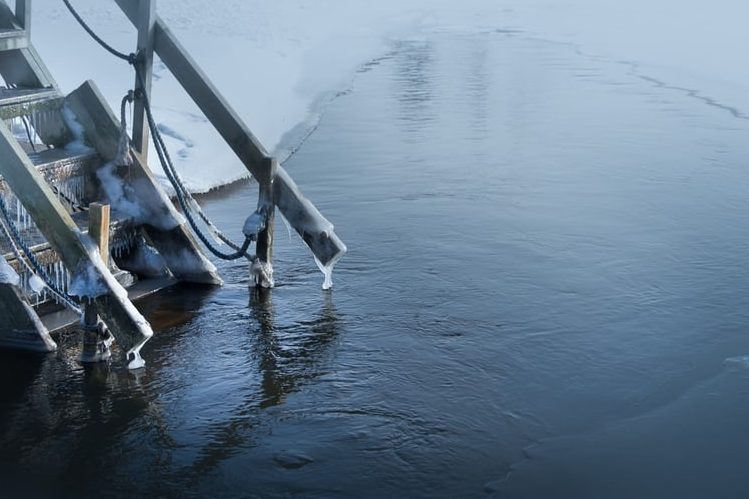 If you have the courage, you can also take a dip in the icy water. Äkäslompolo, Ylläsjärvi and Luosu offer a wonderful setting for open-air swimming. A waterfront sauna and a clear lake await swimmers. The Ylläs Yöpuu waterfront sauna can accommodate even a larger group. 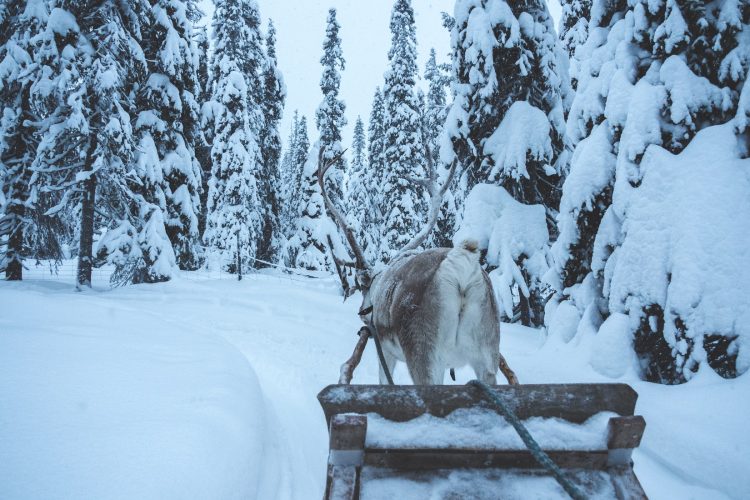 In Ylläs, reindeer can be admired both on the roadsides and in the village. In winter, reindeer also live on reindeer farms in the area, and in Ylläsjärvi you can meet reindeer in the yard of the Aurinkotupa trail café and in Äkäslompolo you can see reindeer in the paddock next to Jouni’s shop.

You can get a traditional reindeer ride and reindeer farm visits through Ylläs program service companies. You can find more information about reindeer and reindeer care in Lapland fom the Local Reindeer Association. 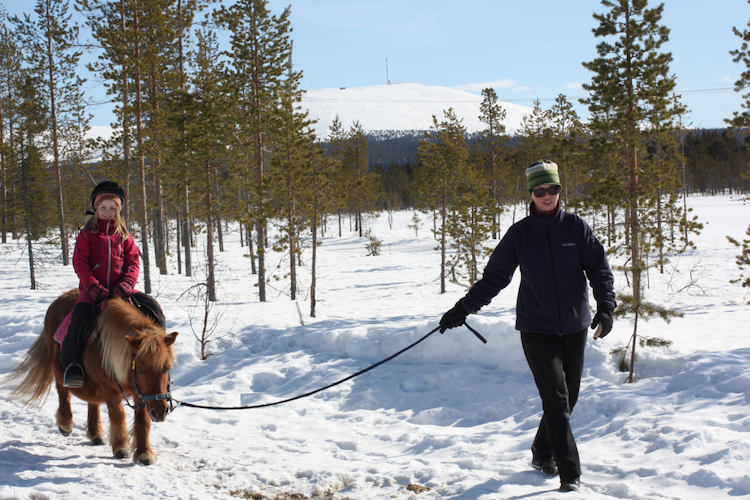 Pony trip to the forest 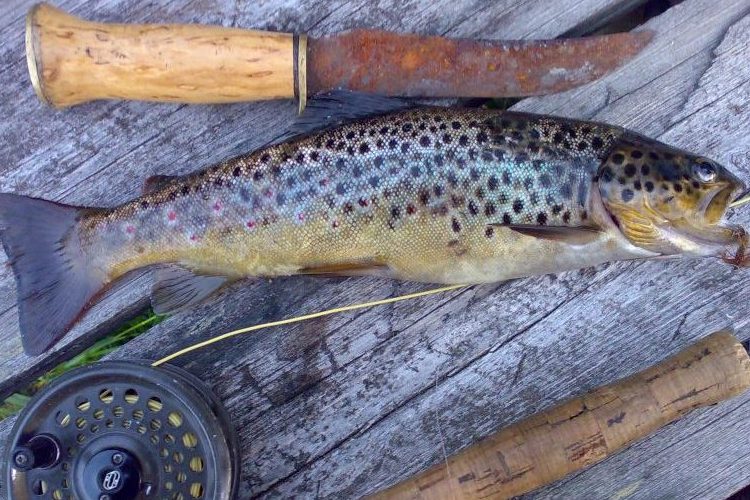 Ylläs offers fishing activities in every season of the year. Whether your destination is the wild grayling of the flowing water, the mighty ascending salmon on the border road, the arctic char of the clear mountain lakes, Ylläs is your choice. Ylläs has countless lakes, ponds, rivers and small streams that give fishermen the opportunity to try their skills.

If you are not already familiar with the fishponds in the Ylläs area, you can also get acquainted with fly fishing or even winter ice fishing with the help of professional local guides. 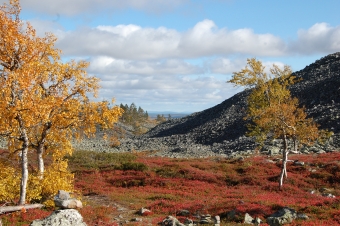 The splendor of the colors of the autumn season is truly an experience worth experiencing. The fresh and hearty mornings of September invite the hiker to enjoy the splendor of the mountains. From the Ylläs Hiking Routes and Trails map, choose the most suitable hiking route for you and head there in good company. Seitapolku is especially beautiful in autumn time. 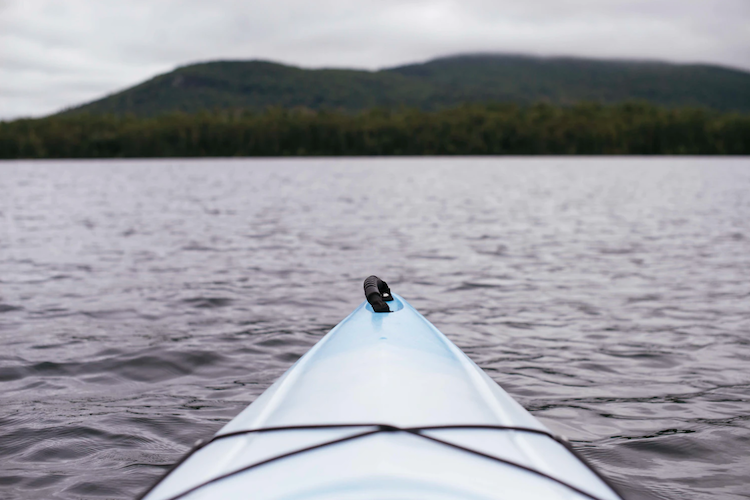 In Ylläs you can paddle with Indian canoes, giant canoes for ten people or kayaks. Suitable kayaking rivers are e.g. Vähäjoki, which flows from Ylläsjärvi, which forms the lower Ylläs, Lainio and Äkäsjoki rivers and, of course, the Tornio-Muoniojoki rivers.

The Tornio-Muonio River and many other rivers in the Ylläs area have tributaries. For example, Ylläsjärvi, Äkäslompolo and Kesänki and Luosujärvi are suitable for kayaking. You can get tips on canoeing places from Ylläs program service companies and equipment rental companies, where you can also rent your own canoe or go on a guided canoeing trip. 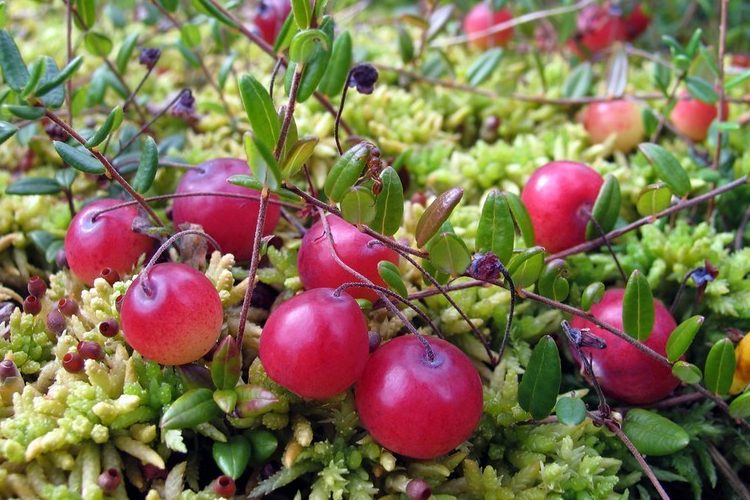 The finns have many names for the belowed berry: hilla, lakka, suomuurain. In late summer, the surrounding areas of the cottage are filled with jam, cranberries, lingonberries, blueberries – come and pick up the Arctic natural resources and at the same time enjoy the fresh clean air. 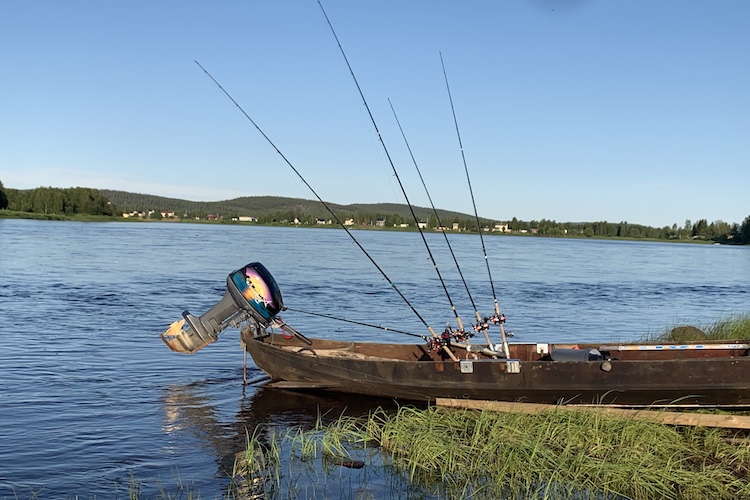 Ylläs is only about a 30-minute drive from one of Finland’s best salmon rivers, the Tornio-Muonio River, or “Fairway”, which is a destination for many fishermen.

The top fish on the wish list is clear: salmon. The river, which is hundreds of kilometers long, has enough space for even a large number of salmon catchers. Grayling is another delicisious fish, which is easy to catch. The Tornio river has large salmon, ofter weighing over 20 kg.

If you want to go to the kingdom of fish on the Tornio-Muonionjoki river and learn the secrets of salmon rowing, then Lappean Loma rents boats and organizes a salmon rowing school throughout the salmon fishing season from the beginning of June to the end of August. 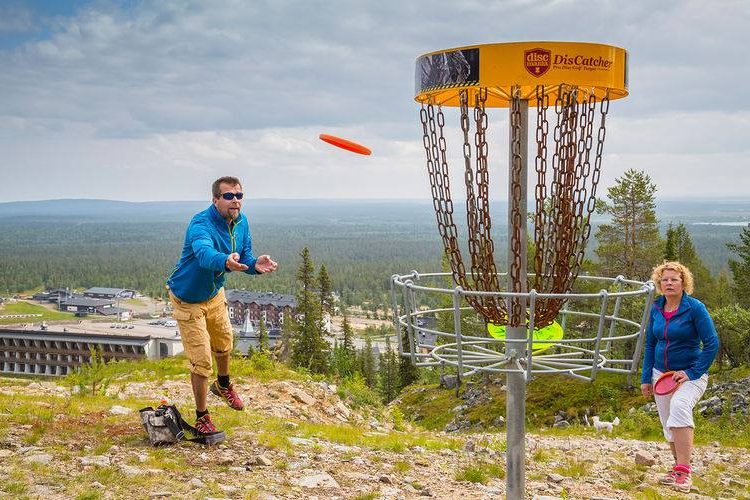 Sport Resort in Ylläs, Ylläs fell, has an 18-lane, AA2-rated frisbee golf course. The track is located on the slope of Lake Ylläsjärvi in stunning scenery about 350-450 meters above sea level. The terrain is a varied mountain terrain with a sloping bottom, gemstone, forest terrain and a height difference of about 140 m.
